India vs England 1st Test Live Cricket Score Streaming Online: India captain Virat Kohli on Monday said it takes “relentless madness” and single-minded pursuit of excellence to win a Test series in England. Led by Kohli, India will take on Joe Root’s England in a gruelling five-match Test series, beginning from Wednesday. For Kohli personally, winning in England is nothing more than winning anywhere else and it is all about the team culture of going for a win.

“I want us to go for the win and not surrender and try to save a test match on day three or day four, that for me is just not acceptable.” Will the Indian team achieve their dream of winning a series in England. Here is all you need about the first Test which begins on Wednesday at the Trent Bridge.

As far as personal milestones are concerned, Kohli can achieve 2,000 Test runs against the Three Lions if he scores 258 runs agains them in the series. Kohli has scored 1,742 runs against England in Tests at an average of 45.84.

Where will the India vs England 1st Test be played?

India vs England 1st Test match will be played at the Trent Bridge stadium in Nottingham, UK.

When will India vs England 1st Test begin?

India vs England 1st Test will kickstart on Wednesday, August 4, 2021.

What time will India vs England 1st Test begin?

India vs England 1st Test match will begin at 3:30 PM IST, while the toss will take place at 3 PM IST.

Where to watch live streaming of India vs England 1st Test?

India vs England 1st Test match will be live-streamed on the SonyLIV website, app, and JIOTV in India.

Which TV channels will broadcast India vs England 1st Test? 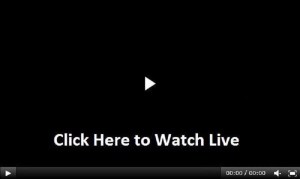 T10 League, the world’s first ever ten overs cricket league. 10 OVERS, 8 TEAMS, 90 MINUTES, celebrities in attendance, pre-event parties, carnival atmosphere during matches, artist performances – Over 100 performers and 100 international players bashing it out on the field. The league is owned by T Ten Sports Management FZC is a group company of the multinational and diversified conglomerate Mulk Holdings. The company is listed number 7 by Forbes and Arabian Business in the list of top 100 most influential companies in the Arabian world.

Pakistan Super League (PSL) 2021 is right around the corner and you can feel the vibes. Every time you hear the word Pakistan Super League or its official anthem, you are definitely going to get goosebumps. PSL fever is getting the better of every cricket fan in Pakistan, and abroad as well, making us wait for more for the grand start of the premier event. With ProPakistani, you can stay updated with all PSL schedule 2021 and so much more!
PSL 2021 promises to be a better event than the previous years and the hype surrounding the league suggests the same. While we all have a number of questions about the league, ProPakistani team has been working day in day out to ensure that our audience gets the best experience. We have compiled all the matches to be played according to the PSL schedule.
The PSL schedule 2021 will follow the same format as the competition has since its inception. Two games will be played in one day, one starting earlier whereas the other, after it.
This way, all the PSL lovers can enjoy the complete coverage of the PSL competition which everyone has grown to love and adore. The PSL schedule accommodates everyone.